how to nail your family photo shoot 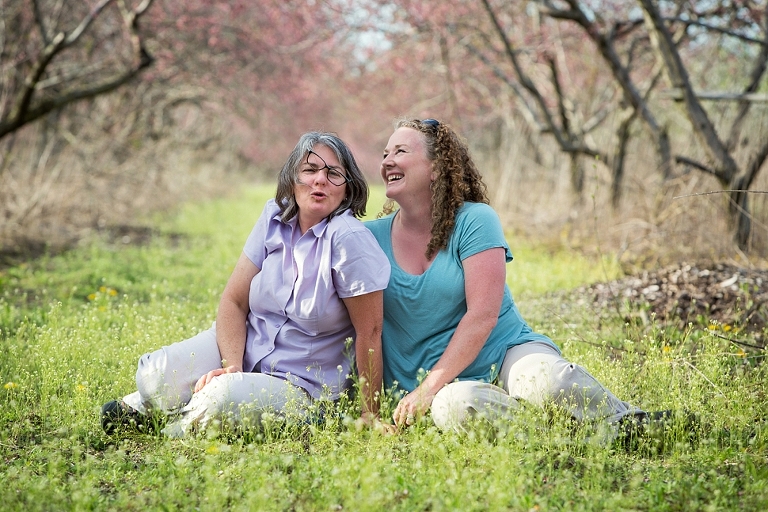 Last week I scheduled a family photo session with a fellow photographer and her family to explore a new location. They were running late, I wasn’t loving the location for our shoot, and to be honest I wasn’t feeling inspired. I was tempted to cancel but they were only two minutes down the road so we went ahead with the shoot.

I could tell their nine-year old wasn’t feeling it as he proceeded to run around and ask when we would be done. I get it, photo shoots can seem boring, especially if you’re nine. And for adults it can feel like a lot of pressure to get it right in the 45 minutes you’ve carved out of your day. How’s my outfit? Do I look fat? Will the kids behave? Do I look dorky? Why are we doing this again?

Perfectionism is a total buzzkill. It gets in the way of creativity, belly laughs, silly expressions, and being in the moment. Anyone who’s had their photo taken knows about the pressure we put on ourselves to look amazing.

What if I told you your photo shoot might be a total shit show? Kids running around not listening, adults anxious about their hair/gut/teeth (insert your worry area here), and the crazy pressure we put on ourselves to be perfect. I know Sarah and Roxanne were feeling that pressure, which is why they were probably late.

We started the shoot awkwardly as their son kept leaning on one of them and then closing his eyes and eventually wandering out of the photo. It wasn’t working and they were annoyed so we gave him a break and got just the moms in front of the camera. It was awkward at first but then Roxanne started messing around. She made goggly eyes at Sarah with her glasses all askew, and then they started holding each other like the people in that book, Awkward Family Photos, and that’s when the magic emerged. Laughter, real smiles, natural embraces, and no pressure to be something they weren’t. 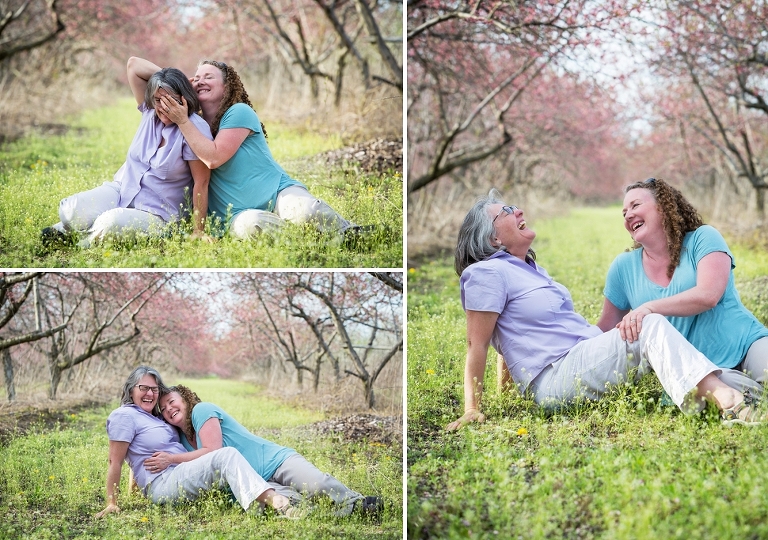 What if every shoot was like that? First, you said all the things out loud that you were worried about: I hate my crooked teeth, my hair is thinning, I’ve gained weight, the under-hang of my arms could wipe out a village. Then you did all the things you think you’re not supposed to do like make goofy faces or pose in ridiculous fashion. Instead of smiling you pouted, or you told jokes with a British accent. Nothing brings out the giggles like doing the opposite of what you’re supposed to do or giving permission to the crazy in you. Improv is one way to relax and have fun, the other is listening to your photographer when she says, “Let’s just see where this takes us.” 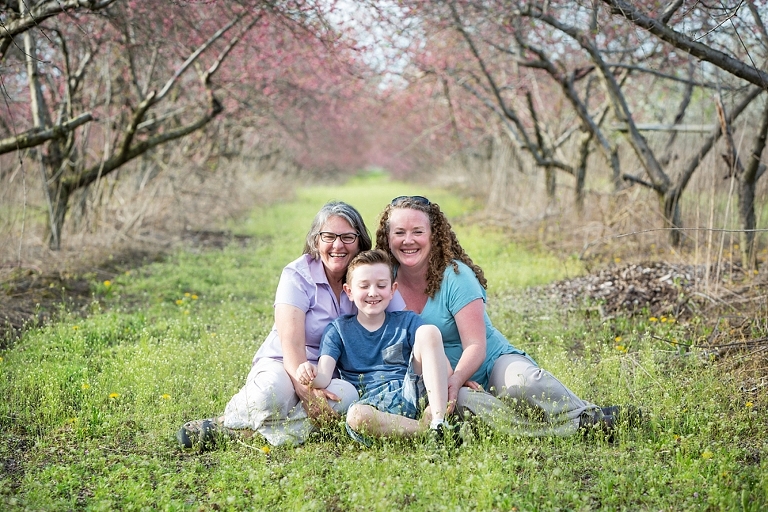 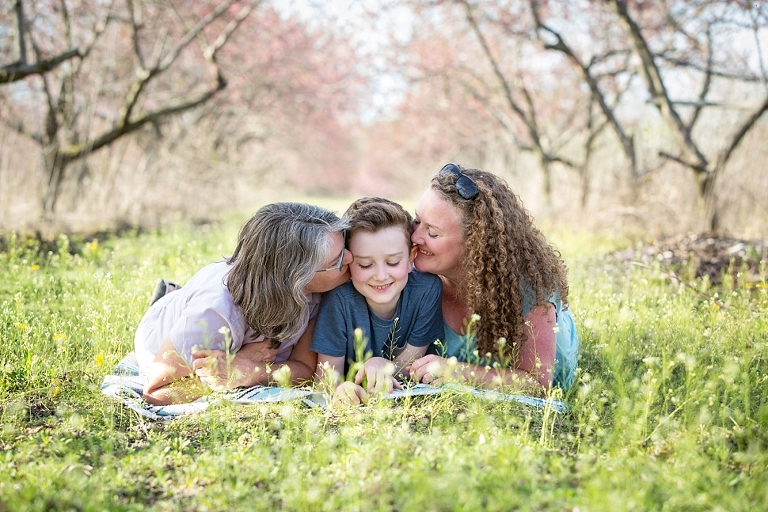 The shoot is not about perfection but about the experience of being together and finding joy in that moment. Come in clothes you love, not clothes that match each other perfectly. Get your sillies out at the start of the shoot and know nothing you do is wrong. Everything leads to something and it’s those in-between moments that carry so much beauty. “Trust the process,” as Roxanne told me, “I’m a professional.” 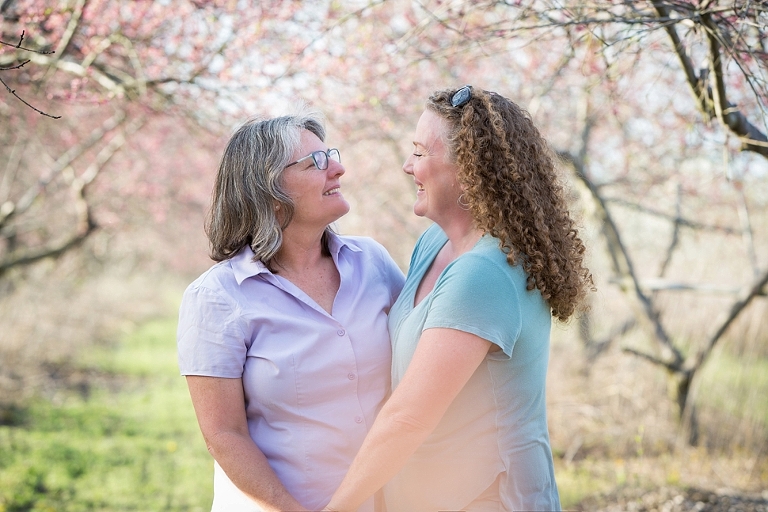